I am a thorough I.T. professional who has developed broad-based experience in Unix, SQL and Microsoft Windows/DOS since December 1987. My approach to I.T. is that information is a product, not a possession.

I maintain my curriculum vitae on LinkedIn and the highlights are being inducted into Upsilon Pi Epsilon, the international honor society for the computing and information disciplines, at the initial induction in May 2011 of its Alpha Chapter in Rhode Island and being published in Medicine and Health/Rhode Island as co-author with Stanley Aronson, M.D., Milton W. Hamolsky, M.D. and Nikki Deary in 2000 and 2001. 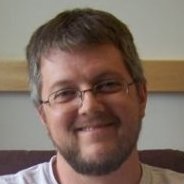 "INFORMATION IS A PRODUCT NOT A POSSESSION" --Bob Sullivan

I believe strongly in what the tagline above means. I also use it and the image above to distinguish me from other people named Bob Sullivan, like My Evil Twin who wrote a book with that actual title.

This site has been minimalist as my time and efforts were spent maintaining my LinkedIN, re.vu, about.me, docs.com and webs.com sites and I have used this site to highlight my web presences rather than compete with them.

However, the visual resume site re.vu closed abruptly in August 2016, Microsoft closed Docs.com in December 2017 and now prompts you to sign up or sign in to see public profiles on LinkedIn and my webs.com site is desktop centric .